What is a Fine Art print and Letterpress?

Fine Art Prints are available in two categories:
Giclée (zhee-KLAY), Is a Fine Art inkjet digital print. Images are in small runs printed on Canvas or Archival paper using Professional grade printers. Each print is on high quality paper or canvas using Inks that are color fast for 200 years.
Letterpress is the oldest form of printing. In this method a surface with raised letters and art is inked and Pressed into the surface of the paper to reproduce an embossed inked image. Each sheet of paper is printed by hand one at a time.

What is Original Art?

These are select original art pieces. 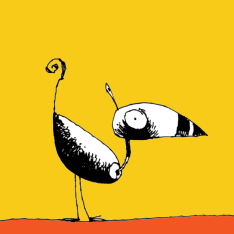 If you sit down and talk with Val Paul Taylor I guarantee you will open a door to a conversation rich with wonderful stories.
I say wonderful carefully and deliberately.  While Val’s spontaneous stories are a tapestry woven with threads of life, emotion, purpose, fantasy, aspiration, and nobility, wonder, humor and surprise—they also create a vivid picture and hang it for you to treasure in the gallery of your mind.
His Acrylic paintings, drawings, and letterpress prints are exactly the same; a visual expression of what Val is himself.  Val credits much of his artistic intuition to being a “hybrid.”  He’s been a Graphic Designer, Art Director, Creative Director, Illustrator, and Painter—and to that you could add Successful Businessman. Also Educator, Father, Grandparent, Counselor, Youth Leader, Fisherman, Outdoorsman, and a lot of other things that make him a keen observer of the human condition and highly effective problem solver.

Born a Navy brat Val moved from Ogden Utah to Albany New York as a young teenager then Seattle Washington and has been creating art his whole life. A two-year church mission spent living among native peoples on a reservation in South Dakota and small towns in North Dakota and Canada contributed another whole dimension to his work and interests. When you see Val’s Art you see how he has been greatly influenced by Native American imagery and Lore.

Val’s art skills were honed by his studies at Columbus College of Art and Design, and Brigham Young University.  After a lengthy working career in the Pacific Northwest in a series of prestigious publishing, design and illustration roles, including Alaska Magazine and Raindog Creative, his own highly rated Seattle Design studio, he returned to The University of Hartford Art School in Hartford Connecticut for a Master of Fine Arts degree in Illustration. Before moving to Camano Island Val was a Visiting Professor at Southern Utah University teaching classes in Basic and Advanced Drawing, 2 Dimensional Design, Graphic Design, Typography and Branding. He currently is working full time as an Illustrator and Painter and doing Graphic Design projects for regional and National clients. He also teaches Drawing and Life Drawing classes at Stanwood Camano Arts Guild’s Guided Gallery in  downtown Stanwood  Washington.

Which only means that when you approach Val’s work, in the immortal words of Monte Python, you should probably be prepared for “something completely different.”

Art Notes:
Val’s Paintings are done in Acrylic on paper mounted on hardboard. His collection of small Letterpress prints is gleaned from his extensive Sketchbooks. Each is printed one at a time on a hand press and are limited editions. Val’s original Paintings and Giclee Limited Edition Fine Art Prints are available in the Guilded Gallery and on line.